NewNode Kit provides an unbreakable connection between your app and your users. If a user can't access the app's content via conventional means, the NewNode protocol seeks alternative paths to the content by making dynamic HTTP Proxy Requests using the NewNode peer-to-peer protocol.

The NewNode Kit is available to anyone developing ioS or Android apps as an open-source library. The NewNode Kit is used by Android and iOS app developers who have concerns about their app or app content being blocked or compromised by authoritarian governments or by draconian ISP policies. 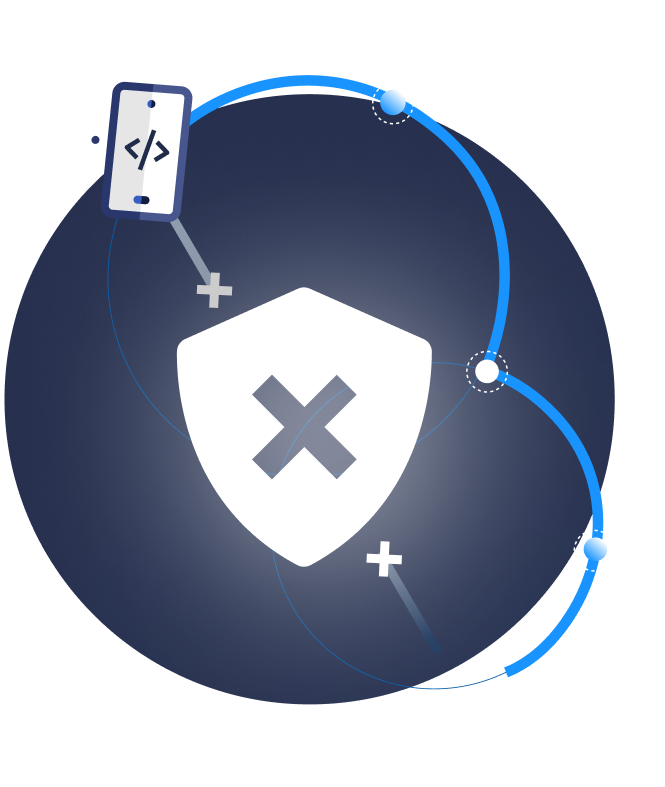 The NewNode protocol uses the same DHT utilized by BitTorrent, giving it access to more than 25 million nodes across the world. Those nodes give it availability, resiliency, and speed.

Low Extra Delay Background Transport (LEDBAT) is an algorithm that transfers data without clogging the network.

The NewNode protocol is made up of HTTP over LEDBAT with additional features such as transport encryption, range requests and authentication using a Merkle tree.

We can assist your development team in integrating the NewNode Kit into your app:
Thank you! Your submission has been received!
Oops! Something went wrong while submitting the form.
Does your app use React Native? You can find our React Native integration manual here.